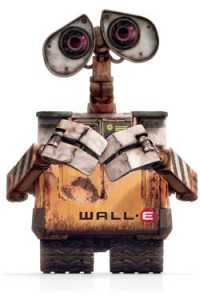 The financial blog Zero Hedge recently ran a piece on robotic automation that seemed rather out of place among their typically pro-free market articles.  The article essentially concludes that:

The article cites Hugo Scott-Gall of Goldman Sachs, who writes:

“…you could envision a world dominated by a machine-to-machine economy, where most things are done by intelligent technology, leaving only highly skilled people with the lion’s share of the limited jobs. This would lead to further income inequality. Would estimates of global population growth remain the same if we did not need 10 bn people, and if we didn’t have the means to feed them? And could automation then be seen as a driver of globalisation that through its success provokes de-globalisation?”

Mr. Gall’s interpretation of technological advancement is not a new one.  Karl Marx once said:

“The instrument of labour, when it takes the form of a machine, immediately becomes a competitor of the workman himself.  The self-expansion of capital by means of machinery is thenceforward directly proportional to the number of the workpeople, whose means of livelihood have been destroyed by that machinery.”

Equating the rise of automation with the loss of jobs, or the deterioration of the conditions of labor, has been around for a long time.  Marx cites the invention of the automated loom displacing English hand-loom weavers to prove his point.

“History discloses no tragedy more horrible than the gradual extinction of the English hand-loom weavers, an extinction that was spread over several decades, and finally sealed in 1838. Many of them died of starvation, many with families vegetated for a long time on 2½ d. a day.”

So let’s begin our analysis of these assertions by starting out with a classic Robinson Caruso example.  Mr. Caruso is alone on his island and he must produce everything necessary for his survival and comfort by himself.  Mr. Caruso must fish for food, build a house, procure water for drinking and cooking, farm a field for crops, weave his own clothing, etc.. etc..

What would happen if one day a plane flew over his island and parachuted him a fishing robot?  The robot could fish for him, procuring fish 24 hours a day 7 days a week.  Does anyone think Mr. Caruso would be upset by this?  Wouldn’t the robot free him to focus on all the other tasks that are necessary for his survival?

What if we now gave Mr. Caruso an entire army of robots capable of fishing, weaving, building, etc.. etc..  Would this leave Mr. Caruso without anything to do?  Of course not.  Mr. Caruso could now focus on even further improvements to his condition, beyond what the robots are already providing him with.  He might work on creating an air conditioning system, or art for the walls of his home, or solving some other problem that the robots have not yet been programmed to solve.    Not until every single problem facing humanity as a whole has been solved would Mr. Caruso be left without something productive to do.

Because robots are not capable of coming up with novel solutions to human problems, and because human problems are virtually limitless, humans will always have something productive they could be doing.  Robots will never be able to replace the creativity of the human mind, which requires a consciousness not present in any machine.

So let’s turn our attention to the broader scale of the national economy.  Using Marx’s example of English hand-loom operators, let’s ask ourselves a question.  Would humanity as a whole be better off if the automated loom had never been invented?

Clearly the displacement of manual labor jobs by machine is what has allowed the western world to experience such a dramatic rise of living standards.  And just as clearly, job obsolescence by way of technological advancement has freed up labor resources to engage in much more productive activities.

Like all resources, labor is scarce.  It needs to be efficiently employed in productive activities if the human condition is to be improved.  If the government employed millions of people to dig ditches, and then hired millions more to fill them back up, has the human condition been improved by this?  Is it better that we employ millions of hand weavers to make our clothing when automated looms can do the job instead?

American agriculture and rural life underwent a tremendous transformation in the 20th century. Early 20th century agriculture was labor intensive, and it took place on a large number of small, diversified farms in rural areas where more than half of the U.S. population lived. These farms employed close to half of the U.S. workforce, along with 22 million work animals, and produced an average of five different commodities. The agricultural sector of the 21st century, on the other hand, is concentrated on a small number of large, specialized farms in rural areas where less than a fourth of the U.S. population lives. These highly productive and mechanized farms employ a tiny share of U.S. workers and use 5 million tractors in place of the horses and mules of earlier days.

So nearly HALF of the entire U.S. labor force was displaced by machinery in the 20th century, just in the agricultural sector alone.  Should we then conclude that the periods of high unemployment during the 20th century were primarily caused by technological advancement?  Should we run around destroying farm equipment so that unemployed people today can be put back to work on farms?  Obviously the answer is no to both questions.

Just as in our Robinson Caruso example, technological automation of tedious, dangerous and repetitive tasks frees up labor resources to be put to use doing more productive and creative tasks.  There will always be some ongoing displacement of labor through technological obsolescence, but this is not something to be feared.  We are better off today because we no longer need telephone switchboard operators to connect our calls for us.  We are better off today because we longer need people to operate elevators for us.  And so on and so forth.

The causes of long-term chronic unemployment have nothing to do with technological automation.  In fact, the industrial revolution created a massive demand for labor!  Think of the millions upon millions of migrants who came to America while the nation was still a largely free country.  Ellis Island alone processed 12 million new immigrants from 1892 to 1954.

Should we blame the massive layoffs in the home building sector on the fact that technology has improved the efficiency of home builders?  Should we blame the circular saw for putting home builders out of work? – clearly not.  The causes of structural unemployment are obviously due to the government manipulating interest rates and creating moral hazards in the lending markets.  Austrian business cycle theory shows us that unemployment results when booms, created by cheap credit, go bust.  Cheap credit leads to resources being diverted into unproductive activities.  In order to correct the imbalances in production, layoffs are necessary since labor must be diverted from wasteful jobs in to more productive activities before a recovery can occur. Long-term unemployment results when something prevents that restructuring.

So what’s stopping the restructuring of labor resources today? [written in 2012 when unemployment was over 8%] Might it be the fact that people can suck down several years worth of unemployment due to unemployment benefits extensions?  Why should people seek out new lines of work when they can get along just fine without having to lift a finger?  Might it be that the state is still pumping massive amounts of funny money into unproductive activities?  How can industry restructure and create productive jobs if the state is busy bidding up the prices of material resources and diverting them into unproductive activities?  Might it be that artificially low interest rates cause resources to be consumed in the short term, rather than be utilized in the expansion of production?  Might it be that excessive regulations and taxation limit the ability of industry to expand its production of useful tradable goods?

In short, there are a myriad of causes to our present long-term unemployment problem, but not one of them is related to technological advancement or the automation of worker processes.  If robots could do everything for us, no one would need to engage in labor ever again.  The world would be a Utopia, filled with abundant products and services, all provided to us by robots without us having to lift a finger.  We truly would have a Star Trek type of world, where everyone could take whatever they needed without having to pay for anything because there would be a total super abundance of every good and service imaginable.

Of course, this Utopia vision is a pipe dream, at least as far as it coming to fruition within any human’s lifetime today.  There will always be something useful that someone can do for someone else, and therefore there will always be jobs – no matter how incredibly automated the world may become.  Yes, automation causes people to lose their jobs, but it is a necessary pain that must take place in order to shift valuable human labor toward more productive ends.  Without automation and worker displacement, we’d all still be tilling fields.