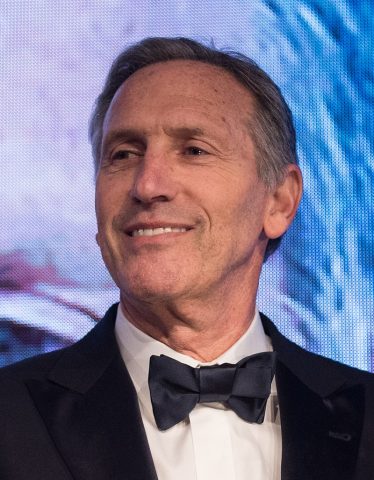 The Dems are currently screaming bloody murder at the prospect of former Starbucks CEO Howard Schultz running for the presidency as an independent, as they fear it would take votes away from whomever the Dem candidate would be.

They might be right, but I think they are discounting the votes he would steal from Trump.  Possibly mine included, if I bother to vote at all.  I’ve dug around for some position statements from Schultz and I haven’t really been able to find any.

His page on “OnTheIssues” is pretty much blank.  However, a few things do stand out.  He’s against fully socialized healthcare and he’s on record as saying the debt is the greatest threat we face, along with advocating for a balanced budget and a firm debt ceiling – all things I’m in complete agreement with.

The remaining issues are things like gun control, right to life, drug laws, etc.. but a lot of those issues will be dealt with at the supreme court level.  It doesn’t matter if he rams through a gun ban because a Trump packed court would ostensibly shoot it down.  What matters is government spending – and if he sticks to his previous sentiments on that matter, he’d probably get my vote.