A footnote in the IG’s own report indicates that Horowitz lied in his opening summary.  The relevant part of the summary reads as follows:

The Opening of Crossfire Hurricane and Four Individual Cases

As we describe in Chapter Three, the FBI opened Crossfire Hurricane on July 31, 2016, just days after its receipt of information from a Friendly Foreign Government (FFG) reporting that, in May 2016, during a meeting with the FFG, then Trump campaign foreign policy advisor George Papadopoulos “suggested the Trump team had received some kind of suggestion from Russia that it could assist this process with the anonymous release of information during the campaign that would be damaging to Mrs. Clinton (and President Obama).”

Although not mentioned in the EC, at the time, FBI officials involved in opening the investigation had reason to believe that Russia may have been connected to the Wikileaks disclosures that occurred earlier in July 2016, and were aware of information regarding Russia’s efforts to interfere with the 2016 U.S. elections. These officials, though, did not become aware of Steele’s election reporting until weeks later and we therefore determined that Steele’s reports played no role in the Crossfire Hurricane opening. 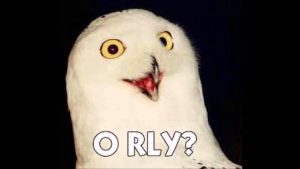 So we are supposed to believe that the FBI started this insane spying campaign at the end of July, based on a report from an friendly foreign government about a meeting Papadopoulos had in May? – over two months from when the meeting occurred?

Texts indicate that the FBI knew about the Papadopoulos meeting from an FFG report almost immediately after it happened in May, not July… but that’s irrelevant anyways because we have this little nugget in the footnotes of the report itself:

Call me crazy, but unless the DNC and Hillary hired TWO firms to come up with fake dirt on Trump, they have to be talking about Steele’s firm in that footnote.

So In late July (remember, the investigation supposedly started July 31st), McCabe tells the team NOT TO WORK WITH THE SOURCE FROM STEELE’S FIRM.  BUT THE OPENING STATEMENT CLAIMS THE FBI DIDN’T KNOW ABOUT THE STEELE DOSSIER UNTIL “WEEKS LATER” IN SEPTEMBER!

What kind of asinine report flat out lies in it’s opening statement, then provides evidence of it’s own lies in the report itself!?  WTF?!!!!

OF COURSE THE FBI OPENED THE CASE EXCLUSIVELY BECAUSE OF THE STEELE DOSSIER – THEY JUST TOLD YOU THEY HAD A SOURCE PROVIDING IT TO THEM JUST DAYS BEFORE THEY OPENED THE CASE!

I told you Horowitz was not to be trusted.

Dan Bongino goes over this as well on his latest show.