A truly breathtaking analysis of how the coming election fraud chaos will unfold. 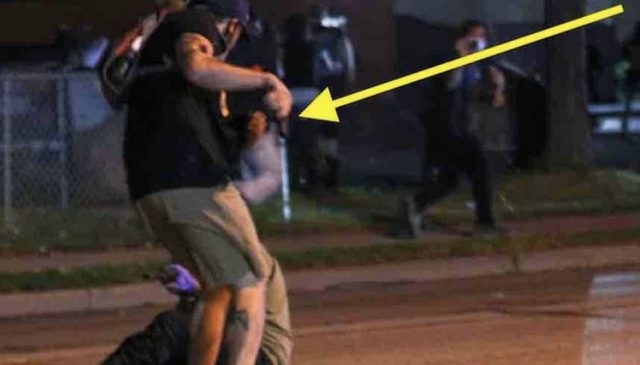 Gaige Grosskreutz, a criminal who is on video, while engaged in rioting and arson, chasing down and attempting to kill a fleeing child with a concealed pistol. His friend is on record saying Gaige told him his only regret was not pulling the trigger fast enough. The police and DA have not arrested or charged him with any crimes, let alone the plainly evident attempted murder he was filmed committing.

Now a new video has come out showing him participating in an antifa rally, calling for a communist revolution to overthrow the government.

Learn all the facts about the events that happened that night by reading the petition here.

To quote reporter David Steinberg, who collected and reviewed the evidence, Omar committed “the most extensive spree of state and federal felonies by an elected congressperson in US history.”

Dan Bongino goes into detail regarding the insurrection the democrats have planned after Trump wins on his latest show. September 4, 2020 Revolver reports: In our previous report on Never Trump State Department official George Kent, Revolver News drew attention to the ominous similarities between the strategies and tactics the United States government employs in so-called “Color Revolutions”…

END_OF_DOCUMENT_TOKEN_TO_BE_REPLACED

Kyle’s attorneys are compromised. This is terrible news for Kyle.

Blaze just produced a documentary on the links between the Biden family and the Chinese government. If you are not familiar with Rosemont Seneca, Bohai Harvest, AVIC, Henniges Automotive, Face ++, Rosemont Realty, Gemini Investments, the Rosemont Gemini partnership or Kirin Global, then this documentary is probably worth watching.

This video gives a nice breakdown of the oddities involved in the Jay Danielson murder.  Notice the cameraman’s reaction to the shooting.  He watches a man get gunned down in front of him, and he doesn’t run, doesn’t duck, doesn’t shake, doesn’t flinch, doesn’t scream, doesn’t comment, he just calmly walks TOWARDS the shooter, keeping…

END_OF_DOCUMENT_TOKEN_TO_BE_REPLACED

CDC just revised their COVID death numbers.  Turns out the deaths are identical to a flu season.  People in Europe are pissed.  Too bad Americans aren’t this outraged.

When you exclude Alzheimers, sepsis, dementia, cancer and unintentional injury, that removes over 50,000 deaths from the COVID death totals. – So even if you assume everyone that died of a heart attack with COVID actually died from COVID, you still get numbers that are about the same as a bad flu season. This pandemic is a farce. It’s time to end the hysteria, mask regulations and lock downs. It’s OVER.